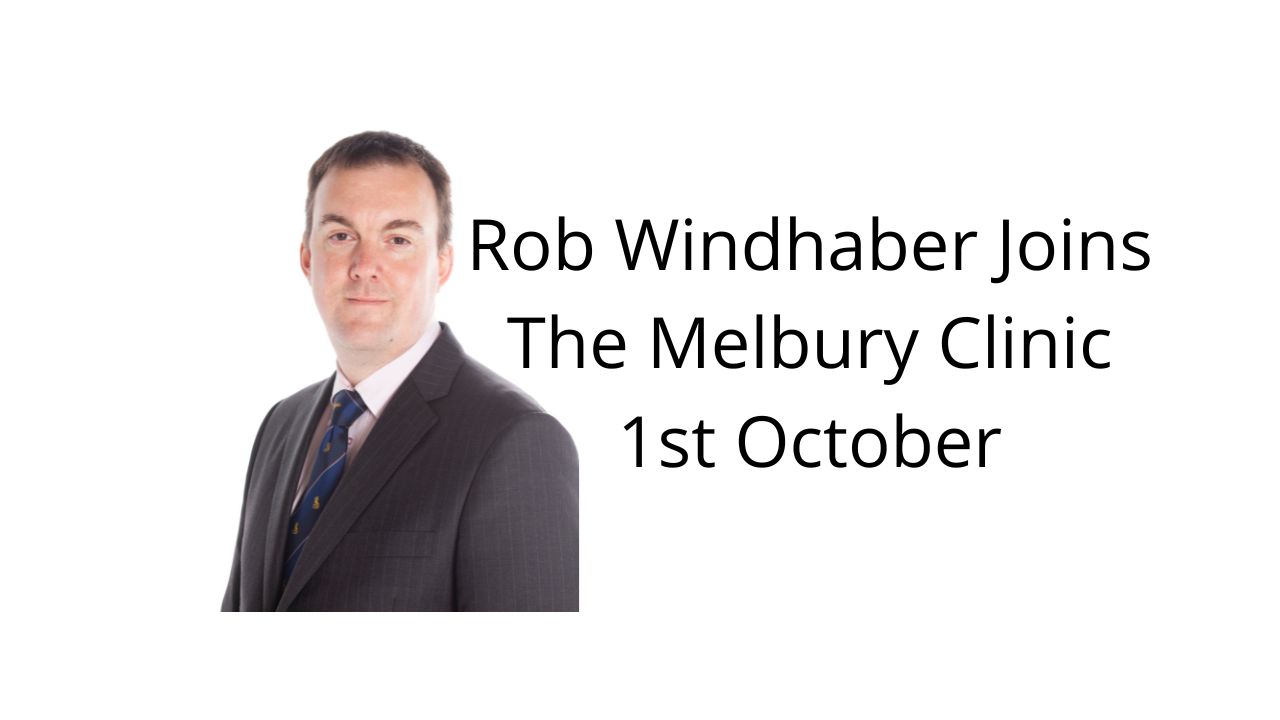 Rob Windhaber is a vascular surgeon who specializes in the treatment of varicose veins and their related conditions. He has over 15 years experience in treating these conditions using minimally invasive techniques under local anesthesia. He is rejoining us in the Melbury Clinic from 1st October 2022.

Rob was born in Chester, in North West England where he lived until he started his medical studies in 1993. Rob undertook his undergraduate training at the University of Wales College of Medicine graduating in 1998 (MBBCh). His basic surgical training was spent in the South West region and during this time he spent a year at the University of Oxford as an Anatomy Prosector and undertaking an MSc in the Department of Physiology/ Trinity College. Rob studied and was awarded Doctor of Medicine (MD) at the University of Bristol before undertaking his Higher Surgical Training in the Wessex Region. In 2009 he was awarded Fellowship of the Royal College of Surgeons of England in 2009 (FRCS Gen Surg – sub specialty vascular).

Rob's Experience as a Vascular Consultant

Rob was first appointed as a Consultant Vascular and Endovascular Surgeon in October 2011 based at Dorset County Hospital and working in the Dorset and Wiltshire Vascular Network. Shortly after this in 2012, he joined Dr Gajraj working in the Melbury Clinic, specializing in the minimally invasive treatment of varicose veins. In 2013 he was invited to set up a Vascular and Endovascular Service from scratch in the Cayman Islands where moved with his family and worked until 2016 before returning to the UK. He was appointed as a Consultant Vascular Surgeon in the Royal Cornwall Hospital in 2016. Rob has also been working privately at the Duchy Hospital in Truro, Cornwall since 2018.

Rob’s clinical practice is focussed on quality and patient safety and he has an interest in the role of Human Factors in enhancing clinical care. Mr Windhaber has published a number of peer reviewed papers in the surgical literature and presented his work, regionally, nationally and internationally. Mr Windhaber participated in in numerous multi-center research trials including BASIL, IMPROVE and GALA and was the lead researcher

Rob is Recogised by all the Major Insurers Including Beneden, AXA, Aviva and is BUPA fee assured